Laboratory of Computational Biochemistry and Biophysics 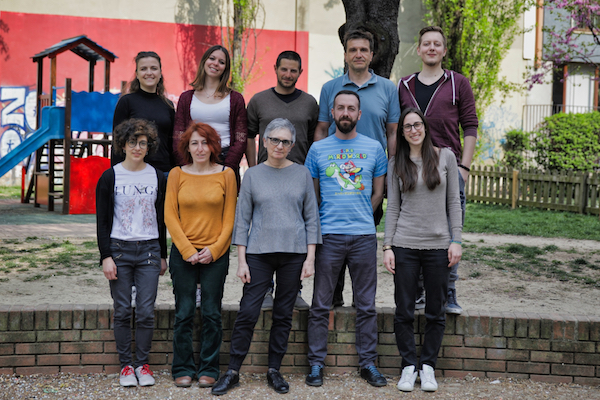 The Laboratory of Computational Biochemistry and Biophysics is devoted to the study of protein structure through bioinformatics- and structural biochemistry-based approaches. The in silicomethods mainly consist in molecular modeling, molecular docking and molecular dynamics of proteins with transport or enzymatic activity, or involved in signal transduction.

Most of the current projects have their focus on modeling complex molecular assemblies, involving such diverse components as glycans and lipids in addition to one or more proteins. This is for instance the case of LCAT, a plasma protein involved in cholesterol metabolism, with the enzyme bound to apolipoprotein A-I and phospholipids in the form of discoidal HDL; of rabphilin3a and alpha-synuclein as interacting at neuronal synapses; of the Fc domain of an immunoglobulin and its alternative glycosylation patterns. The proteins are analyzed both in their canonical sequence and in the presence of mutations known to cause disease in humans, such as in LCAT deficiency or in Parkinson’s disease.

In parallel, with applications on toxicology rather than in pathology and pharmacology, a wide screening is being carried out on the interactions with protein targets by a number of substances with possible activity as endocrine disruptors or as teratogens.

From the outcome of the above research efforts, National, European and International Patents for protein activity modulators have been deposited by components of the laboratory.

Molecular modeling, to shape the 3D structure of proteins for which no experimental data are available
Molecular docking, to predict and asses both protein-protein and protein-ligand interactions
Molecular dynamics, to study the behavior of proteins and protein complexes in their biological milieu
In silico mutagenesis, to evaluate the impact of amino acid substitutions on structure and function
In silico high-throughput screening, to efficiently search for candidate ligands of carriers, channels, receptors, and enzymes, with medical or technical implications.