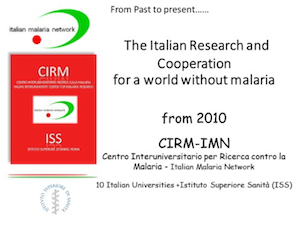 In 2007, a group of Italian malaria researchers joined together in a National network - the Italian Malaria Network, IMN, which at present includes groups from 10 Italian Universities and the Istituto Superiore di Sanità. The network comprises approx. 120 researchers with expertise in different fields of malaria spanning from parasite biology and genetics, vector biology and human immunity to studies of pathogenesis, epidemiology, malaria transmission, drug discovery and clinical studies.

The Italian Malaria Network can be considered a “virtual school of malariology”, sharing technological platforms and projects and training top level researchers from Italian Institutions and also from countries where malaria is endemic. Major goals are to improve interdisciplinary collaborations, provide training for young researchers and reinforce the International cooperation with African countries.

Since its constitution in 2007, scientists from IMN published more 500 articles in international peer-reviewed journals and graduated more than 30 PhD students. The Network was supported until 2010 by the Compagnia di San Paolo (CSP).

Thereafter, the members of the IMN created the Interuniversity Center for Malaria Research (CIRM), a legally approved structure with a governing body (the representatives of the founding Universities and a Director) and an administrative structure. CIRM -IMN includes 9 Universities and the Istituto Superiore di Sanità (ISS) and is entitled to apply for funding to national and international agencies according to University administrative regulations. 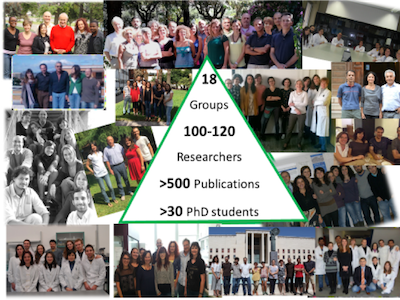